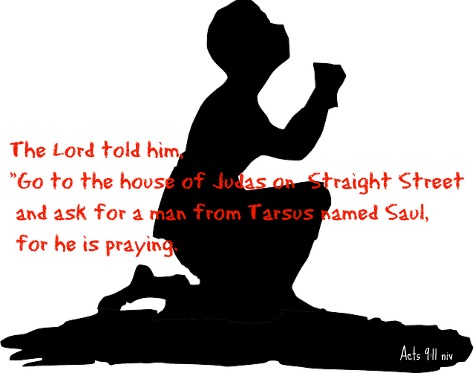 When you think your prayers aren’t heard read in Acts 9 about Ananias and Paul.
While Paul was praying the Lord spoke to Ananias, in a vision, and told him to go to Paul.
He told Ananias where Paul was and what he was doing.
Not only did the Lord speak to Ananias
He also spoke to Paul and told Paul that Ananias was coming.

Has there been a time when someone called
or stopped by just when you needed them?
Is it possible the Lord sent them?

Blessings this day of grace,

Thank you for joining the conversation Cancel reply